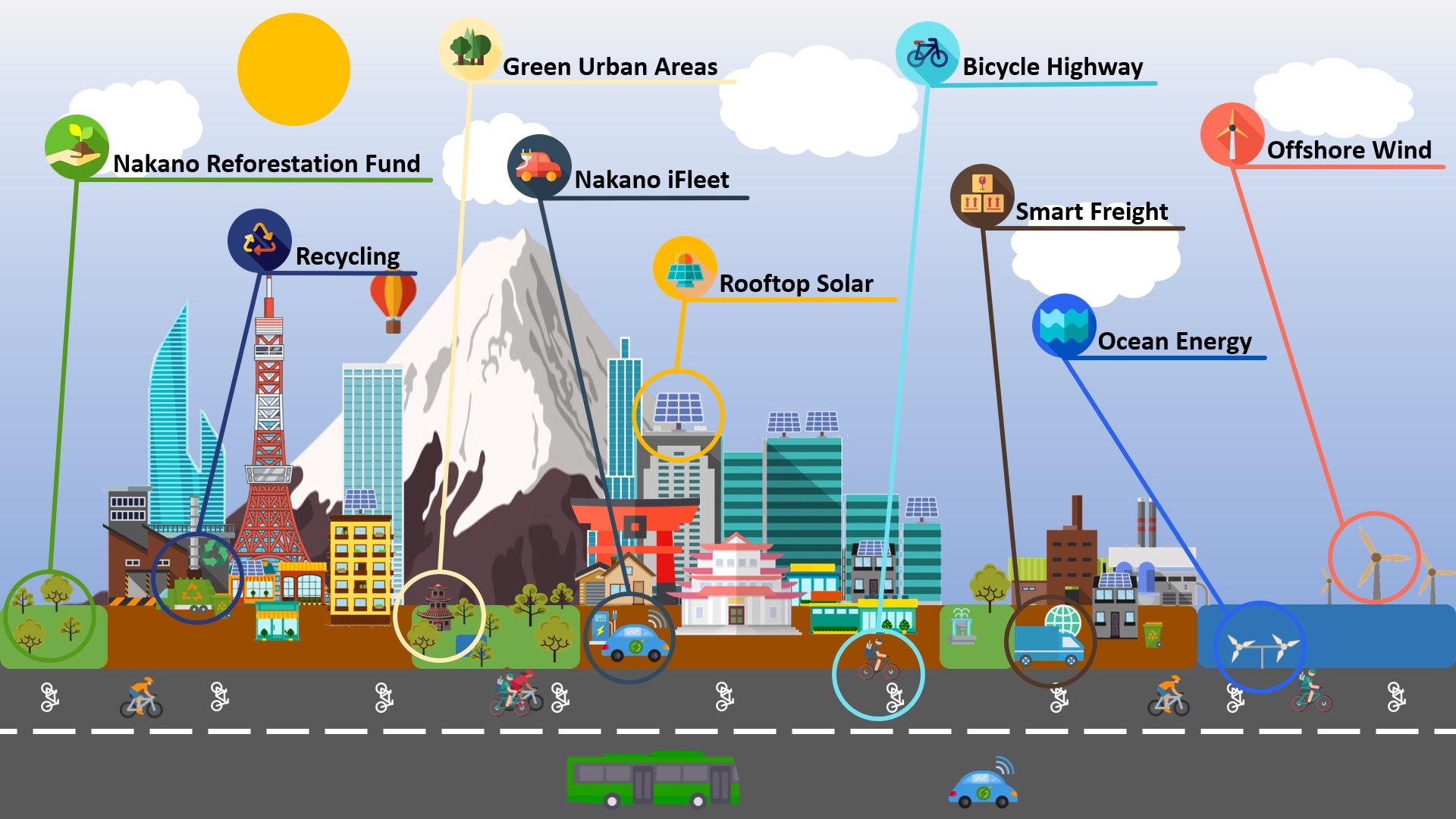 This project is about reshaping the environment and energy system of Nakano, a residential district inside the city of Tokyo.A qualitative model has been designed, setting the system boundaries and the main features in it. In a second step, ideas about our vision of Nakano in 2040 were developed. The proposed ideas deal with energy, such as the introduction of renewables, but also economics, such as the drop of battery prices, and social well-being, such as the introduction of green areas in the ward.

Economic assumptions for 2040 have been made, especially about price trends for the main technologies introduced in the different scenarios. In order to introduce our ideas in the system and see how they would affect it, we developed four different scenarios, each one generated by different assumptions and energy mixes.These are, Business-as-Usual (BAU), in which current trends are generally followed; Renewable and Nuclear (R&N), where renewables and nuclear are set to be the main actors in the energy supply sector; Zero Nuclear Policy (0-Nuclear), in which nuclear energy has been phased out and, as a consequence, renewables are supposed to meet the entire demand together with the grid; and The Ocean and the Sun (O&S), where nuclear energy is still phased out and ocean energy and large scale solar PV are the new energy sources introduced in the energy mix of the ward.

The whole project was aimed at fulfilling the goals regarding the KPIs. At the end of the report, the results have been shown compared to the original targets. It was proven that reaching every KPI's target in every scenario was neither technologically nor economically feasible. Anyhow, still a lot of targets were met, and significant improvements compared to today's conditions of the ward were achieved. Finally, since time is finite, a lot of future work remains that could be a very interesting addition to this study about a sustainable future for Nakano.