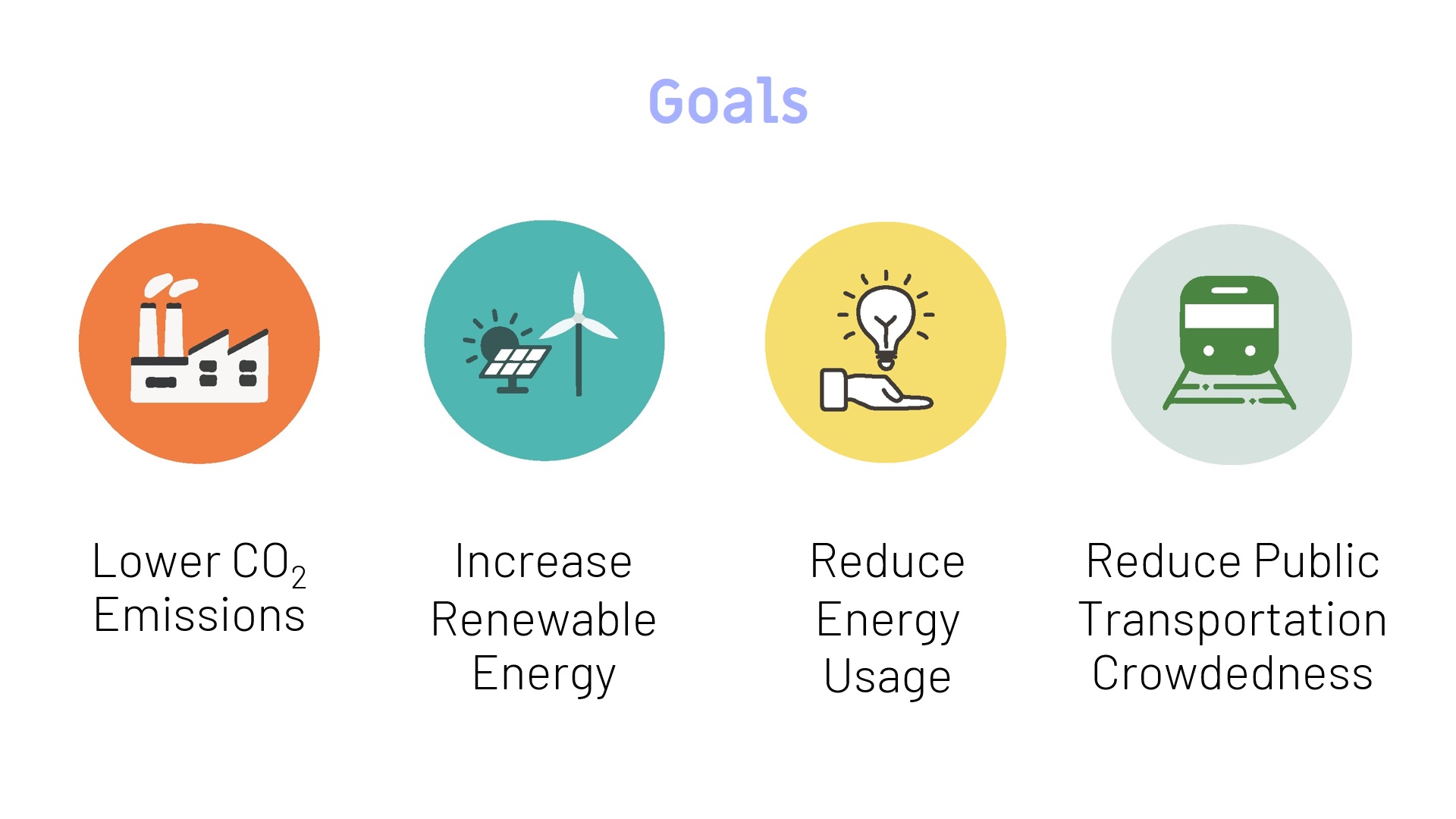 In order to improve the life quality of its inhabitants, show the world Japan's commitment to protect the environment, and position itself as a game changer in the global energy sector, what would be a better place where to start from than Minato City, in order to make it Japan's Green Window to the World.

Four different Key Performance Indicators (KPIs) are used to quantify the accomplishment of the objective of making Minato sustainable by 2040. Based on a qualitative system model for Minato, quantitative models were developed using both HOMER Pro® and the Long-range Energy Alternatives Planning System (LEAP). For these models, three different scenarios are used: one representing a business as usual scenario, another showing what the future would look like if all the existing policies and goals were to be met,and the last one depicting what necessary improvements and investments should be made to achieve a sustainable Minato by 2040. A technical and economic analysis of the results of the models was made, resulting in what is thought to be the best proposal for Minato.

The proposal consists in the installation of 3 195 MW of onshore wind power and 456 MW of solar PV, both to be constructed in three phases. From the 16 364,2 MW of expected necessary installed capacity in Minato for 2040, 61,1% will come from the grid, 19,5% from the wind turbines, 2,8% from solar PV, 11,1% from stored energy in batteries, 5,4% from Hydrogen, and the remaining 0,1% from the already existing incineration plant. The overall proposition has a NPV of ?\ 2,64 Trillion, and decreases emissions in Minato to 1,0 million tonnes of CO2. The final system has an efficiency of 70,5% and a renewable energy fraction of 59,1%. Even though the KPIs goals are not met with this proposal, a large part of the road is covered towards a sustainable city. The renewable energy fraction increases from 9,5% to 59,1%, the total primary energy supply (per year perperson) and the CO2 emissions are reduced by 66% and 86% respectively, and the crowdedness factor is brought down from 173% to 150%, all with regards to base year 2015. If compared to the goals set by the Japanese Government for 2030, (22-24% renewables in primary energy matrix, 26% emissions reduction and 24% self-sufficiency ratio) it can be seen that the values obtained for the Nokko scenario would largely exceed them.